The future of Virtual Reality 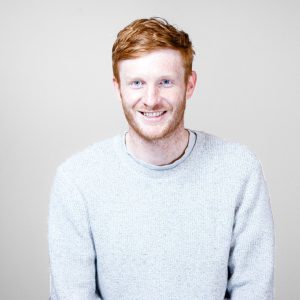 By Charlie Pearmund, Managing Director at Virtual Bodyworks. This insurtech will participate in Insurance Wolrd Challenges

In the second half of 2019, Virtual Reality reached a long-awaited inflexion point. The Oculus Quest arrived. Five years after Facebook’s acquisition of VR hardware marker Oculus for $2bn, the company’s investment started to bear fruit. Mark Zuckerberg has said for several years that his company is aiming to get 1 billion people into VR. When he stood on stage and presented the Oculus Quest in June 2019, he excitedly announced that, with the Oculus Quest, they were 1% of the way there.

It was an ironic moment and a reference to the many false starts that Virtual Reality has experienced over the last decade. However, as the 5-star reviews began to pour in, it became clear that this device has the potential to bring a huge amount of people into VR. By February 2020, it had sold out in the U.S, Canada, most of Europe and parts of Asia. Oculus is currently selling them faster than they can make them.

Back in 2012, Oculus released the Oculus Rift, a first-generation and expensive Virtual Reality system (€3,000 after gaming laptop purchased to run). It was complicated to run and designed exclusively for playing video games in VR. In 2018, the Oculus Go arrived, a portable VR system capable of running basic VR applications. With it, came the first medical VR applications. Distraction and exposure therapy were produced using 360 videos, whilst surgical training followed on the updated versions of the more expensive Rift. Healthcare training using Virtual Reality began to become mainstream, and studies began to demonstrate that information retention in VR was significantly higher than through traditional teaching and training methods. For surgeons, the opportunity to learn from mistakes made on virtual patients, rather than real ones, was compelling. Exposure, distraction and mindfulness in VR entered hospitals and private clinics. In these hospitals chronic pain patients were instantly transported to white sandy beaches in the Caribbean, and people with claustrophobia practised boarding 3D trains. Whilst the scenarios were basic, patients enjoyed them, and clinics could demonstrate an adherence to the much-hyped Digital Health revolution.

In the background, a more advanced branch of VR was gaining traction in the fields of psychology and neuroscience. In two labs in Barcelona, scientists were testing the idea that in virtual reality, the brain can be tricked into thinking the virtual body is real.

The area of research was termed Embodiment, and was based on the rubber hand illusion, a 1998 study that showed that people could be convinced into thinking a foreign object (such as a rubber hand) was part of their body. Embodiment is this concept expanded into VR; an illusion is created that the entire virtual body is the real body.

Through Embodiment, scientists Mel Slater and Mavi Sanchez-Vives demonstrated that, not only can the brain be tricked into thinking the virtual body is real, but that this effect can have significant medical benefits. Slater showed in three separate behavioural studies that implicit racial bias can be reduced if white-skinned participants spent 10 minutes in a black-skinned avatar, practising Tai Chi. Sanchez-Vives put 200 perpetrators of domestic violence in the bodies of women and had them experience domestic abuse from the perspective of a victim.

In healthcare, neuroscientist Sanchez-Vives made notable breakthroughs in the field of chronic pain, where her team at IDIBAPS showed that manipulating an Embodied limb could modulate pain levels. In these studies, patients focus on the painful area, which is then manipulated to alter the perception of the pain. This is quite different to the distraction techniques previously used in VR, and targets lasting pain relief.

Up until the release of the Oculus Quest, the applications produced by Slater and Sanchez-Vives ran on the expensive and complicated Oculus Rift, or HTC Vive. Benefits to the healthcare sector were apparent, but the hardware proposition was complex and unwieldy in hospitals and other healthcare environments.

This changed following the launch of the €400 Oculus Quest in June 2019. Embodiment based applications are now a commercial reality, the technology several advantages when compared with existing treatments.

In a 2019 study, it was shown that 94% of patients increased their adherence to an antiretroviral program when VR was involved.

Underpinning these benefits are the applications themselves, with a wealth of scientific evidence indicating that embodiment-based Virtual Reality treatment programs are going to bring a range of benefits to our healthcare system, with patient outcomes at the centre.